Are You Ready For a polyamorous relationship

Let’s explore the concept of polyamory, which means practicing non-monogamy in a responsible way.

Many people have never heard of polyamory and the ones that have just don’t know about polyamory. The definition of Polyamory is the practice of being romantically involved with more than one person at the same time. It is a challenge to traditional ideas about relationships, which typically involve two people who are exclusive with each other.

There are many different ways to practice polyamory, and there is no one right way to do it. Each person or couple will need to figure out what kind of relationship works best for them. Some things to consider include:

– How many people do you want to be involved with?

– What kind of rules or boundaries do you want to set? For example, will you tell each other if you start seeing someone else?

– How will you deal with jealousy?

– What kind of support do you need from your friends and family?

Difference Between Polyamory and Monogamy 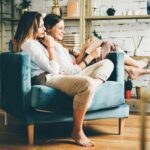 What should you know before starting a polyamorous relationship?

Polyamory is the practice of being romantically involved with multiple people at the same time. Looking at polyamorous couples may seem like fun, but there are a few things you should know before getting into a polyamorous relationship.

For starters, if you’re currently in a monogamous relationship, you’ll need to have a serious discussion with your partner about opening up the relationship. It’s not something you can just spring on someone without warning.

Additionally, polygamy is illegal in many parts of the world, so if that’s something you’re interested in, you’ll need to do your research to make sure it’s allowed where you live.

Finally, remember that not everyone is open to the idea of polyamory. If you’re planning on dating multiple people, be prepared to face some judgment from family, friends, and strangers.

What are the different types of polyamory?

How Does Polyamory Work?

Polyamory offers many benefits, including the ability to form stronger bonds with multiple partners and the opportunity to explore different types of relationships. However, it is not for everyone. Many polyamorous relationships involve multiple partners, which can be challenging for some people. In addition, polyamory requires a great deal of communication and negotiation in order to work. 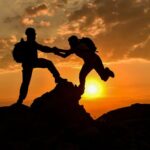 How do queer dynamics differ from straight dynamics within polyamory?

There are a few key ways in which queer polyamorous dynamics differ from straight polyamorous dynamics. For one, queer people are more likely to challenge traditional monogamous norms and expectations within their relationships. This could manifest in a number of ways, such as having multiple partners of different genders or being open to non-traditional relationship structures like polyfidelity (a closed group relationship where everyone is committed to each other).

Polyamory is the practice of being in multiple romantic relationships at the same time, with the knowledge and consent of all parties involved. If you’re interested in exploring polyamory, here are a few pieces of advice to keep in mind:

1. Be honest with yourself and your partners about what you’re looking for.

2. Communicate openly and frequently with all involved parties.

3. Be prepared to deal with jealousy, insecurity, and other emotions that may arise.

4. Be respectful of everyone’s boundaries and needs.

5. Understand that polyamory is not for everyone, and that’s OK!

Is polyamory just for people who are obsessed with sex?

Which celebrities have been in polyamorous relationships?

There are a number of celebrities who have been in polyamorous relationships or have identified as polyamorous. These include actress Tilda Swinton, actor Jared Leto, and musicians Frank Ocean and Janelle Monáe. Polyamory is a relationship style that involves having more than one romantic partner, with all parties being aware of and consenting to the arrangement. It is distinct from monogamy, which is a relationship style centered around having only one romantic partner. While polyamory can be practiced by anyone, those who identify as polyamorous often do so because they feel that they are not naturally inclined towards monogamy or because they feel that monogamy is too limiting.

TV series and films that depict polyamorous relationships include the Showtime series “Polyamory: Married & Dating” and the comedy-drama film “Kaboom.” Polyamory is the practice of having multiple romantic partners, with the knowledge and consent of all parties involved. While there is no one way to structure a polyamorous relationship, they are often based on honesty, communication, and mutual respect.

What are the best dating apps for polyamory?

There are many different dating apps available, but not all of them are good for polyamory. Some of the best dating apps for polyamory include PolyMatchmaker, OkCupid, and Tinder. These apps allow you to search for multiple partners, communicate with them openly, and build relationships with them.

Is polyamory the same as an open relationship?

What’s the difference between polyamory and polygamy?

Myths and Misconceptions About Polyamory

How to Explore Polyamory

There is no single way to explore polyamory, as there is no one right way to be polyamorous. However, here are some general tips on how you might go about exploring polyamory:

1. Meet other polyamorous people. This can be done online or in person, through social media groups, meetups, or dating websites/apps.

3. Be honest with yourself and your partners about your wants and needs. One of the most important aspects of a successful polyamorous relationship is communication, so make sure you’re always honest about what you’re feeling.

4. Be respectful of others’ boundaries. Just because someone is polyamorous doesn’t mean they’re automatically comfortable with every type of relationship configuration or sexual activity – so make sure you respect their boundaries as well.

With these tips in mind, go forth and explore the wonderful world of polyamory!

Helping Your Loved Ones to Understand Polyamory

Polyamory is about having multiple committed relationships with the knowledge and consent of all parties involved. Relationship experts say that communicating openly and honestly with your loved ones is key to helping them understand your polyamorous lifestyle. Explaining your reasons for choosing polyamory, setting boundaries, and being respectful of their feelings can go a long way in helping your loved ones to understand and support your decision.

Non-Hierarchical Polyamory (NHPs) are polyamorous arrangements where there is no hierarchy among the partners. In other words, all partners are considered equal in the relationship. This type of relationship is often based on mutual respect, communication, and honesty. While there is no one right way to be in a polyamorous relationship, NHPs can be a great option for those who want to explore or deepen their polyamory.

Some Complications of Polyamory

While polyamory may be a healthy relationship choice for some people, it isn’t without its complications. A polyamorous relationship involves three or more people who are all romantically or sexually involved with each other. This can get messy and complicated very quickly, especially if everyone doesn’t communicate well. Polyamory requires a lot of communication and effort to make sure everyone is on the same page and no one feels left out or jealous. If not done right, polyamorous relationships may cause more drama than they’re worth.

Polyamory is the practice of being in multiple romantic relationships at the same time, with the knowledge and consent of all parties involved. Kitchen table polyamory is a type of polyamory in which the relationship is based on friendship as well as romance, and all parties involved share a close-knit group of friends. This type of polyamory can be beneficial for those who want to maintain close friendships while also having multiple romantic partners.

Polyamory is the practice of having multiple romantic and/or sexual partners. A “garden party polyamory” is a type of informal polyamory in which people have multiple partners but do not necessarily live together or have a committed relationship with any of them. This can be contrasted with “household polyamory”, in which all members of the household are considered to be in a committed relationship with each other.

How to know if polyamory is not right for you:

Why Polyamory Is on the Rise

Polyamory is on the rise because more and more people are realizing that it is possible to have more than one intimate relationship at a time. Polyamory is based on the idea that love is not limited to just one person, and that it is possible to have deep, committed relationships with more than one person. This way of thinking about relationships is becoming more popular as people realize that traditional monogamy does not work for everyone.

History of Polyamory and What’s Next

Polyamory, also known as “poly”, is the practice of having non-monogamous relationships. This can involve having multiple partners at the same time or being in a relationship where both parties are open to seeing other people. Polyamory has been around for centuries, and there is evidence of it in many cultures across the world. In recent years, there has been a growing interest in polyamory, and more people are exploring what it has to offer. There is no one right way to do polyamory, and everyone involved should be honest and respectful of each other’s needs and boundaries. With open communication and a willingness to negotiate, polyamory can be a rewarding way to build intimacy and connection with multiple partners.